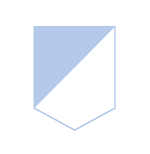 In 1830, Akademiska Föreningen in Lund was formed after role models in the Anglo-Saxon college system. They wanted to gather everyone at the university in an association with the aim of working as a home primarily for students, but also for university teachers and former students. During the devisen coniuncta valent – the united is strong – Lund created a social and cultural center without any equivalent at other Swedish universities. AF-borgen is in addition to Akademiska Föreningen also home to several independent student associations and organizations.

AF-borgen was completed in 1851 and replaced AF’s first house Sylwanska gården. The architect’s name was H J Strömberg who later became a city architect in Gothenburg. Strömberg was inspired by medieval castles and designed a house specially adapted to the students’ needs. During the second half of the 19th century, a number of changes were made. Gas was installed in 1863-1868 and water in 1875. In 1868 the smaller house that now is the restaurant was built, as well as Sångsalen. Nya Fest and Lilla salen in the south were built in 1881.

The idea behind AF-borgen was initially that all members could be in the house at the same time. When this was difficult already in the first decade of the 20th century, the house was expanded to the north in 1911. The architect then was Fredrik Sundbärg. The new part made it possible for a larger restaurant and a new entrance. Inspired by the new construction, a renovation of the house’s southern part was made in 1923-1924. For example were new rooms made for the nations and on the second floor in the south magazine and reading rooms were made, which later came to be called Övre Aten (Upper Athen).

Stora salen was renovated for the 100th anniversary of Akademiska Föreningen in 1930. The restaurant’s former outdoor terrace was also incorporated into the building in 1946, signed by Hans Westman.

When the old house from 1851 was rather outdated and impractical, it was found for good in 1951 to demolish the entire Stora salen and all the small buildings around the courtyard. Hans Westman then recreated the interior of the house from the ground. Källarsalen was added and the ground floor’s club room was converted into a gigantic café room called Athen. Stora salen changed character into a bright and airy room instead of the old knight’s hall. Through Konsertsalen, the house was given a new stage. The upper floors were used as student rooms and student association offices.

In the 1970s, much of the student life was moved out to the nations’ own houses and to the newly built Sparta. But after a few years, an opinion was aroused to bet on the old castle in the middle of Lund. In 1980 Stora salen was renovated again. Café Athen had then become a bookstore under the direction of Akademiska Föreningen called Akademibokhandeln. In the old café Tua was a Pressbyrån kiosk. Although much of the business came back to the house in the 1980s, it was clear that a major new renovation was needed to save the castle from decay. At the beginning of the 1990s, a renovation was made financed by loans with generous terms from the local business community, loans that over time have been donated. During this renovation, Lilla salen was restored to its original colour scheme.